Some projects I've done over time, their repositories can be found at my GitHub profile. 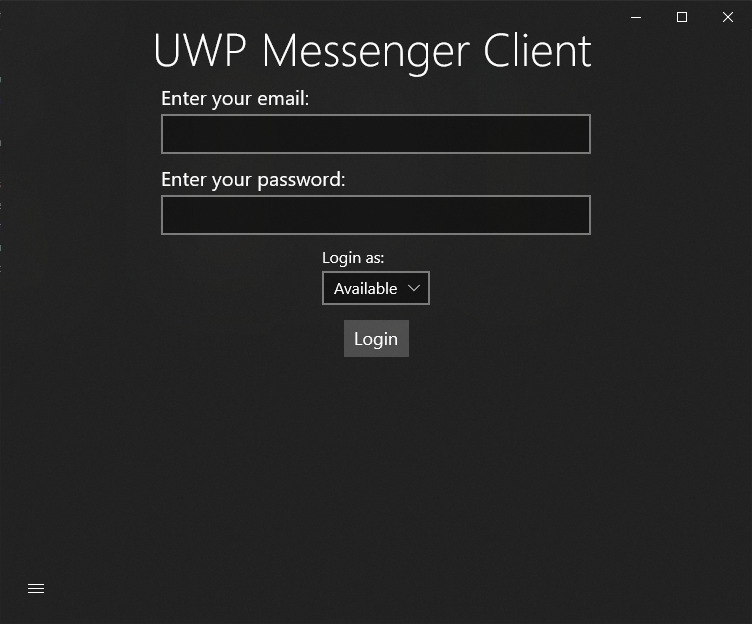 A UWP MSNP client. As stated in the README it's possible to choose between MSNP12 and MSNP15. Managing your contact list and chatting are implemented in both versions, as well as features like nudges(no window shaking, just a notification) and ink.

MSNP was the procotol used by MSN Messenger, protocol versions mentioned above especifically were used by versions 7.5 and 8.5 of the program, respectfully. Though Messenger has been dead for years now, there's a server called Escargot that implements those MSNP versions and more, thus reviving both official and third-party clients, e.g. this one.

This was more of an MSNP and UWP learning project, as I was interested in learning both when I made it. There's no great practical use to it due to the fact that it's Windows-only and the only compatible version that doesn't have a better-functioning official client already is Windows for ARM, but even that is used by very few people.

The project was made in C#.

Basically a webscraper and page monitor. A sound is played everytime changes are detected in a page over time. It sits in the system tray and can be configured by editing its .config file or by using its configuration screen, which can be seen in the image above.

It was pretty useful to know when the teachers posted some grade in my school's website, which was where it was designed to scrape pages from. The site isn't used anymore by the school, having been replaced by a more advanced one, so this project doesn't have much use now.

This version was made in C# as well, using WPF for its graphical interface.